We all have magical abilities - some forgotten, some set aside and some not developed.  Gryphons' Claw The School of Practical Magic  opens a portal of study to the magical arts, strengthening your intuitive muscles and offering you opportunities to re-enter that magical world again.

Gryphons' Claw The School of Practical Magic offers anyone the opportunity to professionally study and enhance their magical skills. All levels of experience are accepted including beginners with interest. Since our open in 2018 we continue to offer  a variety of courses and seasoned select professors.

Online classes are  available recorded or live.  The classes are structured to accommodate adults 18 years and older, with none or  all levels of  experience.
Gryphons' Claw The School of Practical Magic has no religious affiliation. Our goal is to offer studies with diverse cultures and beliefs to present the student with a selection of studies. One area of perspective will resonate the most. The school is not a coven, nor is it affiliated with any  specific group or organization targeting a non-serving practice. The school is not a supporter of dark arts and does not teach magic tricks! 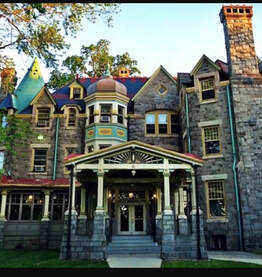 RavenHill Academy
My magical path began as a toddler, but I should have known back in my teen years when I went to RavenHill Academy, that studying in a building that resembled something out of a wizarding movie, was part of my destiny to help bring magic into lives. The photo you see is of my high school which was extremely magical and provided me with many enchanting memories. Unfortunately that is NOT where we are having our classes.

Our belief is that everyone has unique gifts that can be enhanced through the proper channels of education and practice. We offer you a magical selection of opportunities of perspectives in achieving your gifts highest potential ." J.R. Maldonado,Headmaster 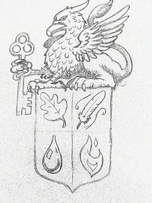 The premise of the school was born by a group of us that were serious fans of the boy wizard and the wizarding world movies.  We began to realize that what we were all experiencing, teaching and learning, was not far removed from what we saw in the movies. And so, in 2014 the early planning stages and curriculum of Gryphons' Claw was formed.
We at Gryphons' Claw see powerful magic in life every day,  and we would like to show you how you can too.

About the Founders of Gryphons' Claw 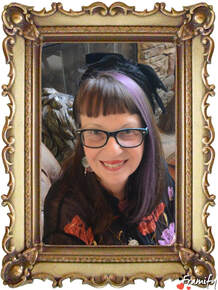 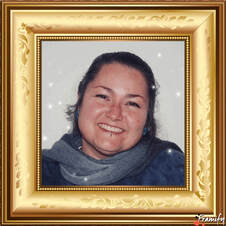 Co-Founder  & Professor Nanu Pagan
Professor
Professor Pagan is a  descendant of the Taino, from the island of Boriken (PR). Her mother set her off on a life of magic, teaching her to look at the world through Spiritual eyes. Besides being a proud co-founder and teacher of GCSPM, she hopes to be a perpetual student of life, integrating new learnings until her last day. Among the many hats she wears, Prof. Pagan is a Moondancer, Pipe carrier, Behike (shaman) and full mesa carrier of the Munay-ki tradition. She serves her community as a minister and Life-Coach. The professor is happy to welcome our new students and help them in any way she can.

Co-Founder Steve Barrientes
Artist and Designer of Gryphons' Claw The School of Practical Magic logo.
Steve Barrientes, Apache descendant, Cosmic Hipster Extraordinaire. Steve began walking the medicine wheel in the early 2000's integrating his teachings into his own personal healing, and into his daily life. Also a proud co-founder of GCSPM, he is a pipe carrier and carries a full mesa in the Munay-ki tradition. He offers strong opinions gently, and always from the Indigenous perspective of “right relationship”. Besides designing the school's logo, he has recently manifested a move back to his hometown of San Antonio, where he presently resides and works as an artist every single day.

The griffin, griffon, or gryphon (Greek: γρύφων, grýphōn, or γρύπων, grýpōn, early form γρύψ, grýps; Latin: gryphus) is a legendary creature with the body, tail, and back legs of a lion; the head and wings of an eagle; and sometimes an eagle's talons as its front feet. Because the lion was traditionally considered the king of the beasts and the eagle the king of birds by the Middle Ages the griffin was thought to be an especially powerful and majestic creature. Since classical antiquity, Griffins were known for guarding treasure and priceless possessions.[1]According to Stephen Friar's New Dictionary of Heraldry, a griffin's claw was believed to have medicinal properties and one of its feathers could restore sight to the blind.[1]  In heraldry, the griffin's amalgamation of lion and eagle gains in courage and boldness, and it is always drawn to powerful fierce monsters. It is used to denote strength and military courage and leadership. Griffins are portrayed with the rear body of a lion, an eagle's head with erect ears, a feathered breast, and the forelegs of an eagle, including claws. These features indicate a combination of intelligence and strength.[22]

We chose the plural, gryphons, representing  the concept of all of us as a group of gryphons,  having the gryphon within; an apostrophe, showing possession;  the claw being singular, representing that we are all united by one claw of knowledge, strength and power.

In the News: Media

Go to Gryphons' Claw The League of the Extraordinarily Gifted